We may not realise, but we use our core muscles all the time whether we are walking or sitting at the desk. These small stabilising muscles of the trunk affect our posture, balance and stability. Doing Pilates help strengthen the core muscles.

STABILISING MUSCLES OF THE TRUNK

You are likely to have heard of “core training,” yet what are core muscles?

Core muscles are small, but deep stabilising muscles of the trunk and abdomen. When core muscles contract they create a compressive force around the trunk, which tightens the abdomen and stabilises the lumbar spine

The tightening effect around the abdomen can be likened to wearing a weightlifter’s belt. A competitive weightlifter would wear the belt to tighten and support the low back when lifting heavy weights.

If you are a woman, you would likely be more familiar with spandex, our modern-day corset or “shape wear.” Imagine core muscles like wearing a piece of spandex around the waist. The spandex squeezes the stomach to create a slimmer silhouette. Similarly, core contraction tones and tightens the abdomen, while supporting the trunk. If you have trouble losing weight around the abdomen, core exercises which targets the area may just be the type of exercise to do.

The best part about core muscles is, they are all natural. They are available 24 hours a day. Unlike spandex or the weightlifter’s belt, you don’t need to remove them. You can wear them all day. Doing core exercise help you activate and strengthen the core muscles.

Pilates is best known as an exercise for core strength. Joseph Pilates (1883 – 1967) who created the exercise programme — which would bear his name — was one of the earliest to recognise the importance of core muscles. He described the muscles between the diaphragm and the pubis as the body’s “Powerhouse,” a natural source of power. His exercises are focused on strengthening the “Powerhouse.”

Additionally, modern research shows the Pilates breathing technique of “drawing the navel into the spine” is exactly how you would activate the transversus abdominis. Research shows the TA muscle is one of the most important core muscles of the body.

LINK BETWEEN UPPER AND LOWER BODY

Joseph Pilates was ahead of his time when he created a series of exercise to strengthen mid-section of the body, which connects the upper body with the lower body. Pilates did not receive the recognition he deserved during his lifetime.

It was only in 1980s and 1990s, that Pilates through the popularity of Pilates among American actresses and celebrities, and through exercise videos that Pilates hit the mainstream.

In sport science, it was only from 1990s when clinical studies identified the TA muscle —  which is not visible to the naked eye — and showed the importance of activating the TA muscle in patients with chronic back pain, that core muscles became an important group of muscles to train.

It would take another decade when research showed the benefit of functional training, of which having core stability is a key component, that strengthening core muscles, which Joseph Pilates described as the “Powerhouse,” really took off. Today, you need not be an exercise enthusiast to have heard of core training.

‘SIX PACKS’ NOT A CORE MUSCLE

Contrary to popular belief, the rectus abdominis — also known as the “six packs” — is not a core muscle.

The rectus abdominis is commonly refer to as the “six packs” due to the distinctive arrangement of the muscle, which looks like six boxes on the abdomen. A well-defined “six packs” is a symbol of abdominal strength, and is very much part of the ideal male physique.

The real strength behind the “six packs” are the core muscles, which lies beneath the muscles. TA and the internal obliques — another core muscle — lies under the “six-pack” muscle. When the TA and internal obliques contract, they draw the abdominal walls closer together from lateral to the linea alba, or centreline of the abdomen, which stabilises the abdomen.

Muscles in general perform better when there is more stability. In the abdomen, core contraction allows the “six packs” to generate more power.

Today, core training is an integral part of physical training. In a 2018 survey, involving 241 athletes, coaches and sport medicine practitioners and physiotherapists, 85% of the participants in the poll believed core exercises should be included in exercises for both athletes and healthy individuals.

The consensus is dynamic stability — a part of core stability — not only help athletes perform better, but also help healthy individuals do daily activities better. Everyone can benefit from core training.

BACK PAIN LINKED TO WEAK CORE

Apart from athletes and healthy individuals, doing core exercise also helps individuals with low back pain. A study in 2011 shows a strong correlation between low back pain and weak core muscles.

In the study, patients with chronic back pain were tasked with normal activities. The strength of their transversus abdominis (TA) muscle and multifidus — another core muscle — were measured as they performed these activities.

The result were compared with individuals with no back pain. Some 82 participants were involved in the study.

The study found patients with chronic back pain have TA and multifidus contraction that were four-and-half times weaker than participants with no back pain. Weak TA muscle, in particular, significantly affects the contraction of the multifidus in supporting the low back.

There is a growing body of research that shows a strong correlation between back pain and weak core muscles. Increasingily, core exercise such as Pilates is seen as a good option to medication for the treatment of back pain.

Growing addiction to prescriptive medication, particularly in America and Europe, and a lack of long-term benefit of painkillers to reduce back pain, have resulted in a move away from medication as the first line of treatment for back pain.

The ability of core muscles to tighten and tone the abdomen also mean core muscles have the potential to treat and repair abdominal injuries. Diastasis recti is a common abdominal injury, caused by a partial or full separation of the rectus abdominis or “six packs” at the linea alba.

In men, diastasis recti is more common among men who over-train, with heavy weight-training and excessive sit-ups common causes of the abdominal injury among young men. Weight swings, intestinal problems and weaker abdominal muscles due to age are also causes of diastasis recti in men.

Pilates exercises, which target the deep muscles of the abdomen and trunk, offer similar benefits to men as to women with diastasis recti.

Having a strong core is like wearing a natural compression wear around the trunk, which you don’t have to take off.  Strong core muscles increase lumbar stability, which prevents back pain. More stability around the lumbo-pelvic region also improves balance and posture.

Reduce back pain, prevent abdominal injury, a natural tummy toner…what is there not to like about core training? So don’t let your core muscles go to waste. Give Pilates a try today.

I have been positively surprised by the sweat after the Pilates sessions with May. As someone who has spent many hours in the gym, (I didn't expect the intensity of Pilates exercise.) The moves targeted at “small muscles” have brought new inspiration and fun to exercise.
Meng

I’d been having back pain when I sit. I couldn’t sit for long because of the pain. Sitting for a meeting became a problem. Since yesterday after the session (of manual therapy and Pilates,) I experienced a vast improvement. I'm able to sit even on hard chairs. When I got home yesterday, I was completely exhausted and slept very well. I am refreshed today. Thank you.
Sylvia

May is INCREDIBLY knowledgeable. Every time I walk out (of the Pilates session) feeling like a million dollars!
Heather

Thank you a thousand times. You gave me the beginnings of a 6 pack, made me so much more aware of my body and breathing. So many tiny / lazy muscles have been awakened!
Cat H

MY BACK FEELS BETTER

"I'm in my early 20s. Having a lower back strain for close to 3 years, I can really feel the difference after attending May's Pilates group lessons. I’ve been attending for 10 weeks. I can feel that my posture has improved significantly and my back doesn't hurt as often as before. Thank you!"
Andrew 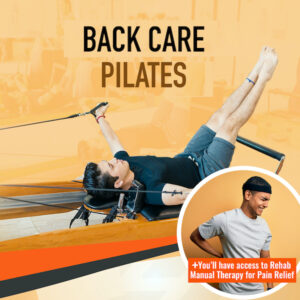 Are you taking more sick leave because of back pain? Or you can’t carry your toddler, move furniture or potted plant for fear of re-injury. Come strengthen your core muscles, say no to back pain… 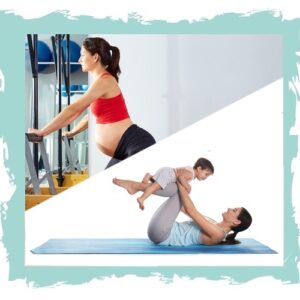 Women are encouraged to exercise regularly during pregnancy. Core exercise in particular, is good for new mothers. A strong core reduces the risk of diastasis recti and other women’s health issues… 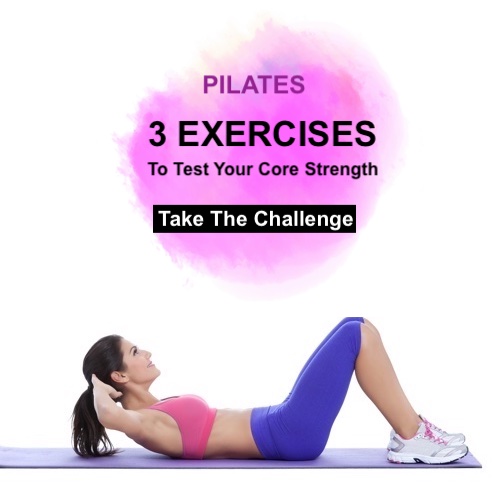 How Strong Is Your Core? 3 Exercises to Test Your Core Strength 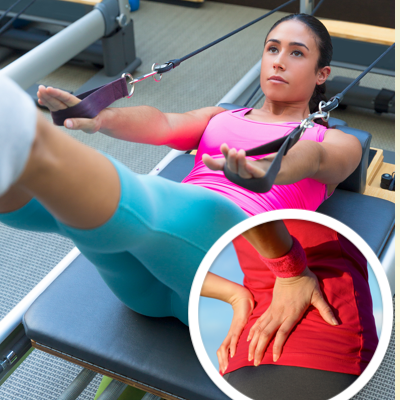 Don’t Pop Pills For Your Back Pain, Do Pilates

If you have low back pain, Pilates is a good active remedy to strengthen your core muscles and reduce back pain. So how many hours of Pilates should you do for the best results?